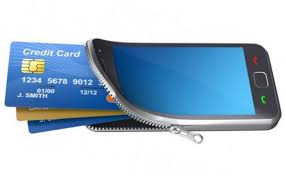 The mobile payments market can be analysed through strategic windows that exist, which can be considered under five headings: Firstly, concerning new segments: Neither online payments or card payments are new segments, however, the fact that internet payments are now increasingly carried out via mobile phones rather than personal computers, would qualify m-payments as a relatively new segment. It can be argued though, that by introducing fingerprint technology, ApplePay redefined the market and effectively created a new unique segment within M-payments, affording uniqueness until the competition overcome barriers to adopt the same. Secondly, concerning new technologies: As discussed, it would seem that Apple relies on new fingerprint technology, which allows its mobile devices to verify the owner by fingerprint as an additional fraud prevention method. Whilst this may be a strategic window right now, it should be noted that in a rapidly changing technology sector, any form of advantage can be considered temporary (Kotabe, 2011), as competitors are bound to respond with improved versions. Only two months after Apple announced fingerprint technology, HTC and Samsung followed suit respectively by announcing the same (Cnet, 2014). There is also the threat of Facebook and Whatsapp, as well as CurrentC, as new entrants. Thirdly, changing market definitions is a strategic window. This comes in the form of the opportunity to redefine the market. Not only in the USA, but also globally, transaction fraud related to online and card payments result in large losses. It is claimed that the number of fraud related claims that were reported, resulted in a known cost of $1,622,784,979 (FTC, 2014), with the elderly being even more vulnerable than the rest of the population. Of particular relevance to Apple, is the fact that identify theft was the largest single complaint category (FTC, 2014). Figure 3 below confirms this by displaying the rise in fraud related complaints which involves credit card payments. It is therefore that the introduction of a unique technology which links finger print confirmation with a unique mobile device that is associated with the user, has the potential to redefine the markets definition of what is safe for all stakeholders.

For the consumer it means less risk of becoming a fraud victim, for the retailer it reduces the amount of fraudulent transactions affected and finally, card providers would face less compensation claims. Fourthly, changing channels also represent an opportunity. In this regard, Apple moved swiftly into the greater scheme of omni-channels which already existed. Since it can be argued that Apple is well respected due to the fact that affluent consumers prefer its devices and it is also claimed that Apple has 41.9% of the total US mobile phone market (Comscore, 2014), which is the largest of any single phone manufacturer, the company could be viewed by card providers as a formidable force in the market. It is thus argued that this large subscriber base provided Apple with the necessary bargaining power to gain channel access through the most important credit card providers in the USA. From the card providers’ perspective, if Apple would manage to succeed in changing buyer behavioural preferences through improved security, the card providers would not want to forfeit any lucrative commissions from consumers who adopt Apple Pay. This is particularly so if the high spending segment changed their payment habits. As a result, it seems that Apple succeeded in modifying the existing channel behaviour. Furthermore, channel modification was achieved by placing itself between the credit card merchant and the retailer, as an additional verification step. This appeared to be the perfect model for rapidly gaining a captive market, where consumers see fewer safe alternatives to using Apple Pay as an intermediary. However CurrentC may attempt to oppose Apple’s plan for dominance and at this stage, the full extent of the competitions future responses remains unknown, hence the Apple Pay advantage may indeed be temporary (Kotabe, 2011).

Concerning competitive analysis, understanding Apple’s current and predicted competitors is useful in evaluating the companies’ decision to launch Apple Pay. Unfortunately, this does not reveal future responses from the competition. The positioning of Apple Pay relative to that of the competition should be considered: Google wallet collects data about the consumers’ transactions, Paypal has not made its policy clear. However Apple Pay does not know what the consumer purchase or even what the value of the transaction is, therefore Apple Pay disrupts the market at a critical point when consumers are concerned about how third parties handle their data. The competition strife in some cases to remove the banks from the transactions altogether and to run systems that will collect and use the consumers’ data and purchase behaviour. One such example is where Amazon announced that it would seek to provide a mobile payment system which would be its own version of NFT, attempting to replace what is already in place (Bessinger & Jamerson, 2014). Apple on the other hand, aims to work alongside the banks, instead of attempting to make them obsolete as providers. Apple has thus gained formidable industry support through its partnership approach with key strategic players. Therefore it can be argued that Apple has a blue ocean strategy (Kim & Mauborgne, 2005), at least concerning M-payments.  Companies such as Amazon and Google adapted their business model in order to gain a share of the rapidly growing online payments market, which includes E and M-payments. It has also been predicted that Facebook will enter the same market, possibly using the acquisition of Whatsapp as an entry channel to M-payments (Marceux, 2014). These are not new start-ups, but established and formidable contenders, each with a significant market share in other segments. A competitive proforma is used illustrate the position of ApplePay relative to that of the competition.

Conducting a competitive proforma requires clarity of the market segments that are served. Industry experts named two key segments, “E-payments” and “M-payments” (Capgemini, 2013). The former segment would typically include digital payments which are made over the internet in respect of e-commerce transactions, whereas the latter includes four sub-categories. These include Peer-to-peer (P2P), Consumer-to-business (C2B), Business-to-business (B2B), Business/Government-to-Consumer (B2C/G2C) (Capgemini, 2013) – however this category is seen to be less prominent in the US market. One key challenge has been the lack of accurate data as to the market share of the various competitors in the USA. Therefore, data pertaining to the number of websites that use the technology of each e-payment merchant was used to infer an approximate market share (Datanyze, 2014).

A summary of the opportunity could commence by reviewing the findings of the competitive environment in relation to Porters’ 5 forces (Porter, 2004), followed by a conclusion of the key findings discussed earlier in relation to Apple’s decision.  Firstly, concerning the threat of new entrants to a market, CurrentC and Facebook are yet to enter the market which can have an impact on the anticipated market share of Apple Pay. Secondly, concerning the bargaining power of suppliers, it was found that that whilst several giant corporations such as Google, Paypal, Facebook, Amazon and CurrentC will compete in the market, offering alternatives to the market. Therefore, the only element to reduce the effect of bargaining power, may be Apple Pay’s continued ability to enforce a patented solution. However since Apple Pay would work alongside existing suppliers, the dynamics are rather unique and in its favor.  Fourthly, concerning the bargaining power of customers, alternative choices are already available, the patented secure fingerprint solution of Apple Pay remains unique. Therefore, regarding the threat of substitute products or services, it may well be that Apple Pay will rely on the legal system to defend its patent, thereby raising barriers to similar substitutions. Lastly, the degree of competitive rivalry has been confirmed as moderate but is predicted to become high, with multiple corporations entering the market simultaneously. There is a clear market leader for E and M-payments, which is Paypal. Concerning the group of banks which lead the card payment market, which controls 83% of all card transactions, which creates the potential for Apple Pay to achieve market leader status by virtue of any co-operation agreement.

In conclusion, It is argued that high business value in digital business innovation will results when the cumulative effects of achieving scale, scope and speed are present (Venkatraman, 2014). This increases the chance of digital innovation to be successful in competitive markets. It is argued that Apple already has scale in its own right, considering its market share in the USA. This is compounded by its agreement with major credit card holders. Concerning scope, Apple has intense focus on mobile payment solutions, yet it is sufficiently diversified due to the inclusion of both E and M-payment segments. Apple also appears to have achieved its goals at a speed greater than the competition, causing a concern for the market leader, Paypal and prompting others such as Facebook and CurrentC to follow. The analysis of Apple’s decision to enter the payment market in the USA  found that there are changing consumer preferences towards mobile payments which are predicted to peak towards 2017 (figure 1 above). This represents a market opportunity to be exploited. Whilst many players are crowding the market place and the level of competition will become high, Apple seeks to provide unique benefits through ground breaking security features. Apple aims to reduce the risk not only to the most vulnerable segment of elderly people but also to other stakeholders such as the card providers, retailers and all consumers who is willing to upgrade to compliant Apple smartphones. More importantly, Apple entered the market initially by co-operating with the key players who are merchants, card providers and the consumer. This affords Apple Pay with a blue ocean strategy (Kim & Mauborgne, 2005) which retains industry support from key stakeholders. The opportunity in the M-payment market is significant (figure 1) and Apple proposed a suitable solution which appears capable of capturing large parts of the market. However the extent to which a consortium of retailers will be successful in denying Apple a dominant market position for Apple Pay, will only be known once the market signals its choice between Apple Pay, CurrentC and other competitors. Whether Paypal, CurrentC and other competitors will be deterred by legal barriers to improve or clone Apple’s security features, can have an impact on the attractiveness of the opportunity and Apple’s choice to pursue it, as this will allow Apple to remain sufficiently differentiated. In the interim, judging by the decision of other analysts which is reflected in the stock markets’ faith in the corporation (Wallstreet Journal, 2014), Apple Pay may have been one of the companies’ best marketing decisions in recent history.

Burman, S. (2007). The State of the American Empire: How the USA Shapes the World. New York: Routledge.

Cnet. (2014, March 12). Phones you can unlock with your fingerprint. Retrieved October 13, 2014, from Cnet: http://www.cnet.com/pictures/phones-you-can-unlock-with-your-fingerprint-pictures/5/

PWC. (2011). Dialing up a Storm: How Mobile Payments Will Create the Most Significant Revenue Opportunities of the Decade for Financial Institutions. PricewaterhouseCoopers LLP. Delaware: PricewaterhouseCoopers LLP. Retrieved October 10, 2014, from http://www.pwc.com/en_US/us/financial-services/publications/viewpoints/assets/fs-viewpoint-mobile-payment-revenue-opportunities.pdf