The History and Future of E-Commerce

Online retail has been one of the fastest growing industries in all of human history and has had a far greater and more prominent role in shaping our shared destiny as a species.

E-commerce first made an appearance some 40 years ago, building on technology similar to that used in delivering information such as weather reports and data from scientific outposts to main data centers, and then on to relevant networks and end users. As the sending and processing of larger and more complex numbers, as well as the speed and sophistication with which that data could be analyzed, grew so did the opportunities it presented. 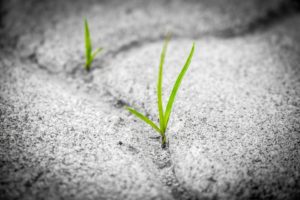 As the field of cryptography (the art of writing or solving codes) went from a niche interest it soon became amongst the most important and sought after branches of mathematics in existence. Of course, those who had practiced the craft in its earliest forms could not possibly have envisaged the complexity or range of everyday applications it would one day find. The field blossomed and the ensuing renaissance in cryptography budded into the field we now call cybersecurity. With the transmission of information safely, quickly and securely now easier than ever, the world of e-commerce was born.

A discussion on when what we would call ‘the internet’ first appeared could take up an entire article on its own, suffice it to say there existed a disparate series of networks, languages, and other pieces of infrastructure that, working in tandem, could produce a system of interlinked computers with national, and eventually global, reach. This interconnected network of computers would allow the sharing of information with both groups and individuals and from the early days of e-commerce, was one of the driving forces of the development.

The future of e-commerce is, like all other stages of its development, intimately tied to advances in just about every other field of consumer, industrial, and engineering technology. For example, online retail in 2017 is likely to feature 3D printing much more prominently, as the technology matures from gimmickry and tech demos to the stage where it has been adapted to print human organs for medical use. Othe uses, including the potential to offer inexpensive spare parts for other items that can simply be printed out and inserted, allow greater scope for home repair.

3D printing also makes it much easier for companies to deliver standardized parts directly to their customers and encourages an approach to engineering that is known as “modular”; in modular engineering, a base unit is provided, which is designed specially so that other components can be easily purchased and inserted.

Another piece of technology that is already changing how we go about purchasing online is voice-assistant technology such as Amazon’s Echo or Google’s Home. These devices allow users to make purchases and perform other functions by issuing voice commands to their devices. This makes the process of ordering that little bit easier and encourages more purchasing.

With the advent of special Wi-Fi connected buttons and smartwatch apps, it is now easier than ever to shop online, often without even requiring the use of a computer.

All of this technology is pushing e-commerce into a new and exciting realm. The future is exciting!

Adriaan Brits is a digital marketing consultant for S&P500 companies and analytics instructor for Linkedin Learning. His course "Digital Marketing Research" has more than 130000 learners worldwide.
Previous 5 Reviews of the Best Sports Betting Sites in the UK
Next Take The Stress Away From Cross-Border Transactions

Ready Your Business For The Holidays – Update Your POS System!

How Do You Know An Applicant Is The Right Fit? 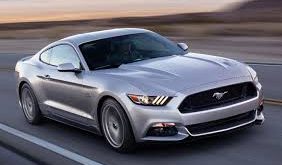 Take The Stress Away From Cross-Border Transactions