Understanding the basic operations of RPA

There used to be a time when RPA robots were only able to run scripts on systems such as individual laptops or desktops. It was possible for a user to stop or start the process. In recent times, however, there was an emergence of enterprise RPA robots which was able to operate on virtual machines. Such machines were hosted on servers which are located in a data center and because of the sophistication of these systems there was very little need for human monitoring. We now have software robots which are able to perform sophisticated operations which involves the managing of downstream activities and they can also handle calculations and many other things. RPA is able to use most systems regardless of whether they are using a command line or a graphical interface. They are able to interact efficiently with the technology which is used by most organizations. There are many other examples of RPA and the way in which they function. This includes things such as the application of discounts which is handled automatically in compliance with customer agreements. They can also handle the oversight of new purchase orders.

How exactly does RPA work?

The currently available RPA software products include three important elements. The first is a software robot framework or template which is used to perform the transactions and tasks. There are also development tools which are used to model specific business processes. Furthermore, a robot controller is needed which will oversee the prioritization of workflows. It will be noticed that most of the available RPA products will provide the user with a variety of tools which can be used to define and model jobs or bot assignments. This can be done at the enterprise level and also every individual user level. It is also possible to record all of these jobs or assignments automatically or manually. Detailed step-by-step instructions are included which must be followed by the software bot in order to allow it to successfully replicate the business process which is currently used. The provided instructions will include conditional logic and rules which will include a variety of else/then/if statements. These will be integrated into business objects, scripts or other containers. As far as RPA is concerned developer tools provide things such as configuration wizards, decision tree editors, as well as drag and drop controls.

The function of the controller

When making use of RPA the robot controller will be critical in order to provide important input for your software robot. One of those functions will be to act as a storehouse for all of the assignments of the bot. This would include things such as history, bot credentials, and performance data. Furthermore, it will provide workflows and controls which will help to manage the approval, testing, creation, and deployment of future assignments. The controller will also provide a system which will keep a record of configuration changes. Additional functions are also performed by the controller such as providing reports on the status of all bot activities. It will also keep track of all transactions and will provide those details to employees and operation managers. When looking at these systems objectively it will be seen that software robots are able to interact directly with sophisticated enterprise backend systems as well as a variety of applications. This allows the controller to effectively process many different tasks and transactions. Users should know that the majority of RPA products will provide them with access to pre-built bot functionality. There will also be the possibility to custom code additional capabilities where they may be needed.

Because of their sophistication software robots are able to automatically identify the critical elements in the user interfaces of many business systems. This will include things such as input fields and buttons. This software controller is able to examine the application code and it will also be able to simplify the eventual deployment process. When it comes to virtualized desktops there are some challenges which have to be overcome by software robots. These systems are forced to rely on techniques which are not very effective and this might involve searching for pixel-based object locations when processing information. RPA and chatbots have come a long way in the last couple of years and they have made a tremendous impact on many industries and organizations. With proper implementation of these technologies, industries gain access to many benefits. The result is better-organized businesses which are more efficient and cost-effective and there is also a substantial increase in profits.

(Read more from Avi Ben Ezra on the conservativedailynews.com )

When it comes to AI and chatbots, Avi Ben Ezra is the "go to" person in the industry. As the CTO of SnatchBot in Israel, he runs a platform and marketplace for chatbots that is based on a revolutionary concept. He is also avid researcher in the field and is often quoted on mainstream news channels.
Previous Deploying Chatbots for SME’s: What you should know
Next The collective use of RPA and chatbots

The Future Of Chatbots In Business Growth 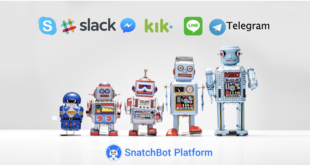 The collective use of RPA and chatbots 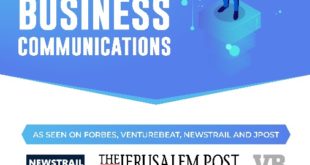 Deploying Chatbots for SME’s: What you should know 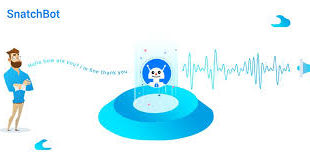 6 Things you never knew chatbots and AI can achieve

People are amazed at the things we’re able to achieve with artificial intelligence and chatobts. …